Written by Shawn Gibbons on June 22, 2020. Posted in Careers, Uncategorized. 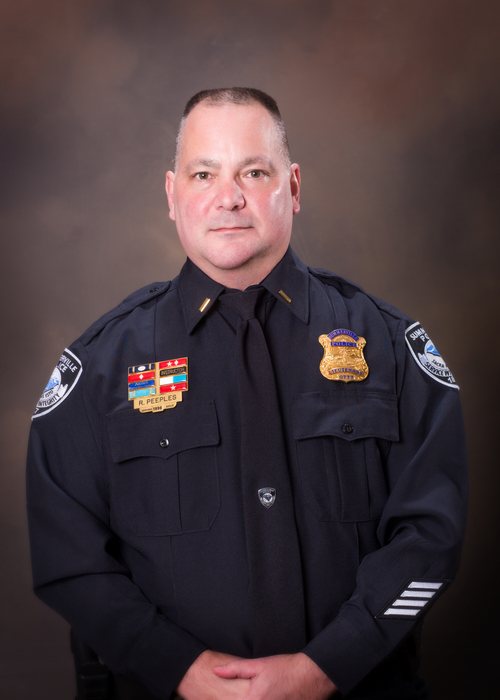 The Summerville Police Department’s Reserve Officer Program is well recognized and highly respected in South Carolina. Our Reserve Unit consists of volunteers from the Summerville community and surrounding areas.

Our Reserve Officers work side by side with and supplement our full time Police force. Their duties include a wide variety of activities ranging from special event security such as the Flowertown Festival, Patrol, Investigations or duty with any of the divisions within the Department. Reserve Officers must volunteer at least 240 hours a year or 60 hours per quarter. Those dedicated to the community and the Summerville Police department who contribute the required hours can gain a promotion to Reserve 1st Class. Many of the Officers in our full time force began their law enforcement careers as Reserve Police Officers.

Our Reserve Police Officers are a valuable asset to our Department and Community. Our Reserve Program is currently at capacity and we are not adding additional personnel at this time, however we are accepting applications for a future class. If you have any questions concerning the Reserve Program, are interested in becoming a Reserve Police Officer or believe you would like to attend a future Reserve Class, click the apply now button below.

Complete an employment Application here or at the Town Of Summerville website. Include the following with your application:

Once this initial training is complete a test at the South Carolina Criminal Justice Academy must be passed. A passing grade certifies these individuals as Reserve Police Officers in the State of South Carolina. With this certification these individuals can be accepted as Summerville Reserve Police Officers. These volunteers continue their training at monthly Reserve meetings and in the field with certified Field Training Officers (F.T.O.). The Reserve Officers are allowed to attend any additional training offered by the Department.

Must attend an 8 to 12 week course. This course is given at the Summerville Police Department. The course includes:

Once the 8-12 week training course is complete, candidates:

Patrolman William Bell and Deputy Marion Wright, of the Berkeley County Sheriff’s Department, were struck and killed on US 17A, at approximately 1800 hours, by a driver who was under the influence of prescription seizure medication. The man’s license had been previously revoked due to his condition and medication.

Deputy Wright, who had just finished his shift and was en route home, stopped to assist a disabled motorist. Patrolman Bell stopped to assist Deputy Wright. As the two officers changed the flat tire on the car, the oncoming driver left the roadway, hitting both patrol cars, the disabled vehicle, and both officers, killing them both instantly.

A witness to the incident apprehended the suspect and held him until other officers arrived. The suspect was charged with felony driving under the influence. He was convicted of two counts of reckless homicide and sentenced to two 10-year terms to run consecutively, but is eligible for parole after only 4 years. Since 2007 he has been denied parole each year. He will be eligible for parole again on July 25, 2013.

The section of highway where the incident took place was renamed William Boland Bell and Marion Eugene Wright Highway.

Patrolman Bell was a U.S. Marine Corps veteran and had served in law enforcement for 2.5 years. He is survived by his wife, two daughters, five step-children, and three grandsons.